In April 2021, China's average daily crude steel output was 3,261,700 tons, a record high, and it is estimated to reach 3.3 million tons in May. In May, the price of China's steel market showed a trend of rising and falling. Affected by factors such as the southern rainy season and strict speculation, demand for steel products in June may behave generally, but supply may show a slight expansion trend, and the supply-demand relationship in the steel market may be relatively balanced. The futures market continues to lead the spot market, and steel prices may fluctuate in June. Beware of the risk of chasing ups and downs. 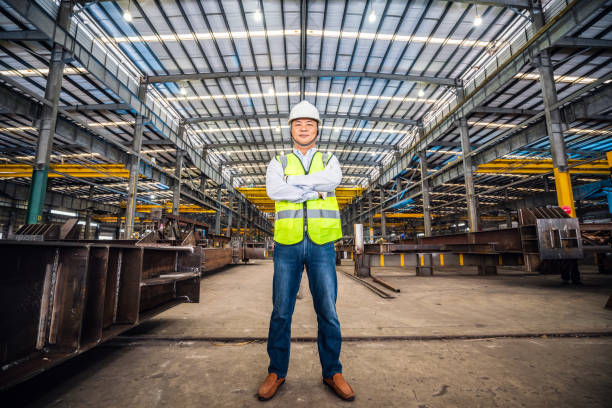 In April 2021, China's average daily output of crude steel was 3,261,700 tons, an increase of 7.5% from the previous month; the average daily output of pig iron was 2.5323 million tons, an increase of 5.0% from the previous month. Following the tradition of previous years, the downstream steel industry resumed operations in April, coupled with the high-profit stimulus of the steel industry, steel mills are also working hard to ensure supply. But, under the constraints of environmental protection and "de-capacity", the growth rate of blast furnace pig iron production in April was low compared with the previous month. 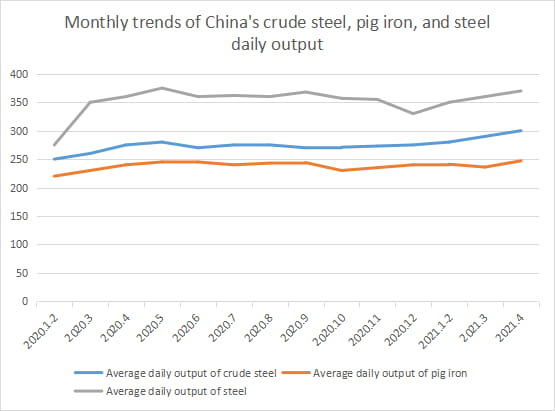 2. China's apparent crude steel consumption from January to April was 356 million tons, a year-on-year increase of 15.4%

3. China's steel output from January to April was 453 million tons, a year-on-year increase of 20.1%

4. Pre-judgment and impact analysis of crude steel output in the later stage

In May 2021, China's steel market prices showed a trend of rising and falling. In early May, there was a strong atmosphere for speculative speculation in the market, and steel prices continued to rise sharply, resulting in a sharp increase in downstream production cost pressures, affecting their normal operation and production. As the Chinese government has done a good job in ensuring the supply of bulk commodities and stabilizing prices, the relevant regulatory authorities have investigated abnormal transactions and malicious speculation, and steel prices have returned rationally in mid-to-late May.

Looking forward to the steel market in June 2021:

Demand-side: At the end of April this year, the growth rate of M2 and social financing dropped, and the current monetary policy is in an environment of "tight credit and stable currency". At the same time, the year-on-year growth rate of fiscal expenditure continued to slow down from January to April, and fiscal revenue has resumed growth. This year, fiscal expenditure may be slower than before, and more attention will be paid to effective investment. Under the influence of macroeconomic policies that do not pursue strong stimulus and the influence of high temperature and rainy weather, China's steel demand may perform modestly in June. But, developed economies such as Europe and the United States maintain loose monetary policies, and international demand may be more optimistic.

On the supply side: On the one hand, due to the relatively high prices of raw materials such as iron ore, the current steel mills have low efficiency, and under the constraints of environmental protection and "de-capacity", it is difficult for steel production to expand significantly. On the other hand, June is in the traditional peak season for steel mills, and it is estimated that the country’s daily crude steel output will increase slightly from the previous month.

On the whole, due to factors such as the rainy season in southern China and speculative speculation, the demand for steel in June may be generally in general, while the supply may show a slight expansion trend, and the supply-demand relationship in the steel market may be relatively balanced. The futures market continues to lead the spot market, and steel prices may fluctuate in June. Beware of the risk of chasing the rise and the fall.