In April, the overall performance of China's high-carbon ferrochromium quotation showed a rise and a fall. The current quotation in the mainstream market in China is about 7,900 yuan/50 basis tons, a cumulative monthly decline of 5.95%. The decline in the ferrochrome market is mainly due to the expected impact of power curtailment and environmental protection in Mongolia in the main production area. At the same time, stainless steel mills have intensified losses in some steel grades, which forced a reduction in production, thereby reducing part of the demand for ferrochrome. As the supply and demand of ferrochrome deviates from expectations, it is expected that the high-carbon ferrochrome spot market may continue to fall from high levels in May. 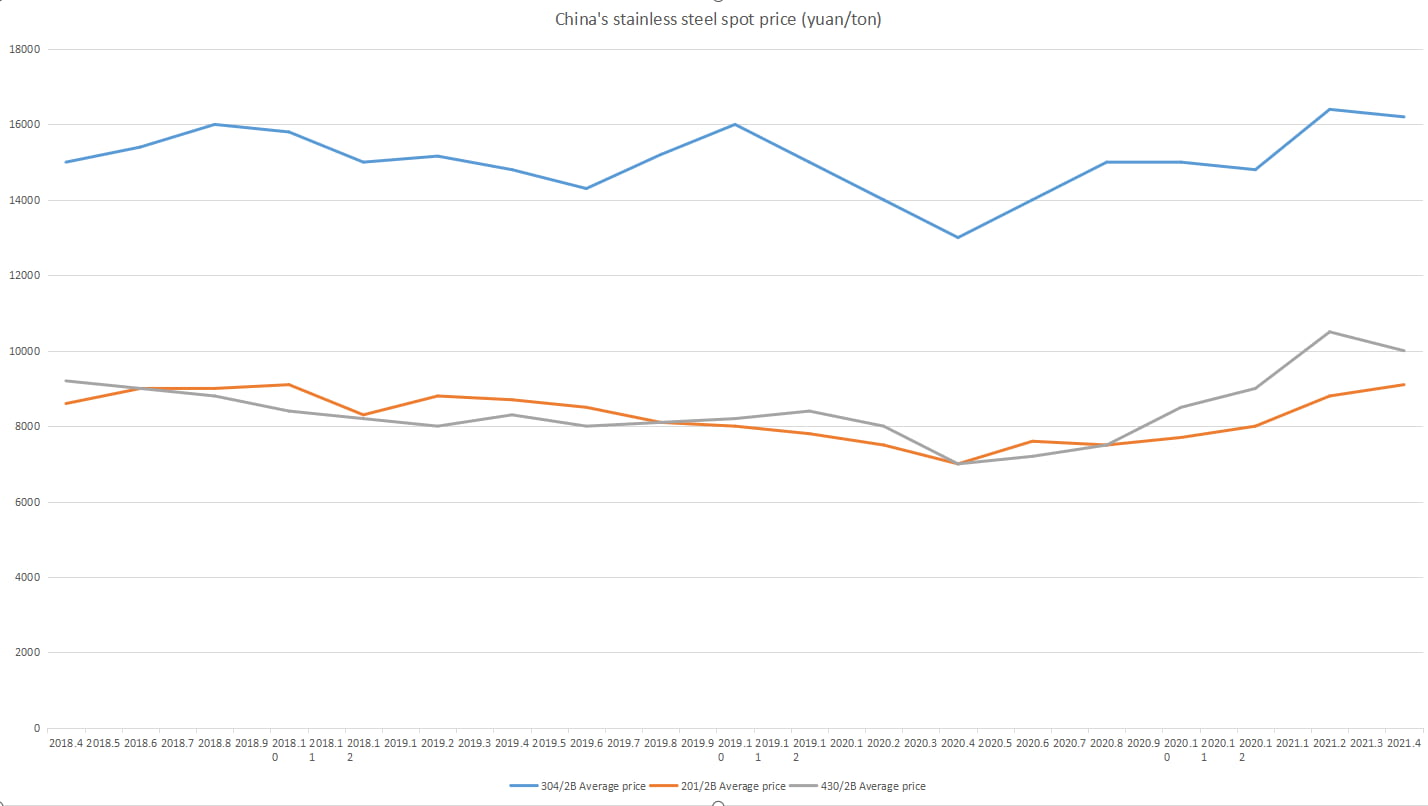 Judging from the performance of the spot price of each department in the month, 304 showed a steady and slight decline. The trend of 304 was mainly affected by the cost superimposed demand factors. The correction of the market of nickel and ferrochrome has driven the cost of 304 to drop; overseas The recovery of supply capacity has led to a decline in China's export demand for products. The decline in the 201 market was mainly due to the divergence of supply and demand. China's 200 series production was released at a high level, but the corresponding demand side did not improve. The continuous decline of the 430 market is, on the one hand, affected by the fall in the price of ferrochrome at the cost end; on the other hand, driven by the continued high profits, the output of the 400 series has continued to increase.

It is expected that in April, China’s stainless steel market will continue to change in common. Under the expectation that the high cost will fall, the price of each department may fall, the 201market may slow down, and the 304 and 430 prices may still fall Compress the profit stage. 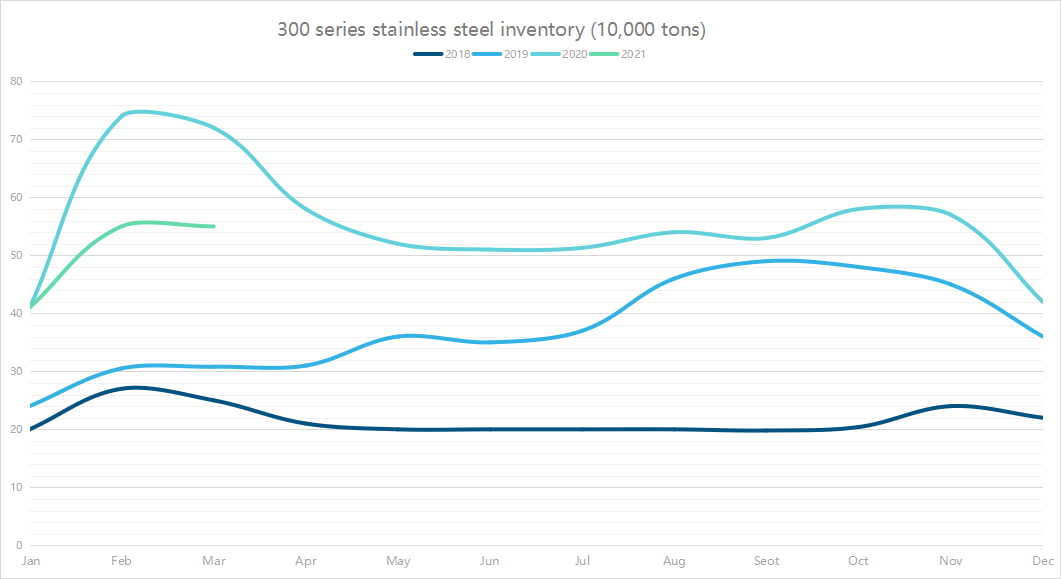 According to incomplete statistics, as of mid-April, stainless steel stocks in the north and south were 871,700 tons, a month-on-month decrease of 7.875%. On the one hand, the decline in inventory is caused by the structural contradiction between supply and demand. In addition, steel mills also have an impact on the arrival of the southern market, which is mainly reflected in the decline in inventory of the 300 series in the northern and southern markets.

In terms of inventory of the 300 series in the southern and northern markets, the inventory in mid-April remained at 466,500 tons, down 14.69% from the end of March. The 300-series cold-rolled and hot-rolled products in the northern market dropped overall, and the 300-series cold-rolled inventories in the southern market dropped significantly. The current market 300 series specifications are tight, it is expected that the 300 series inventory in the later market is expected to continue to decline. 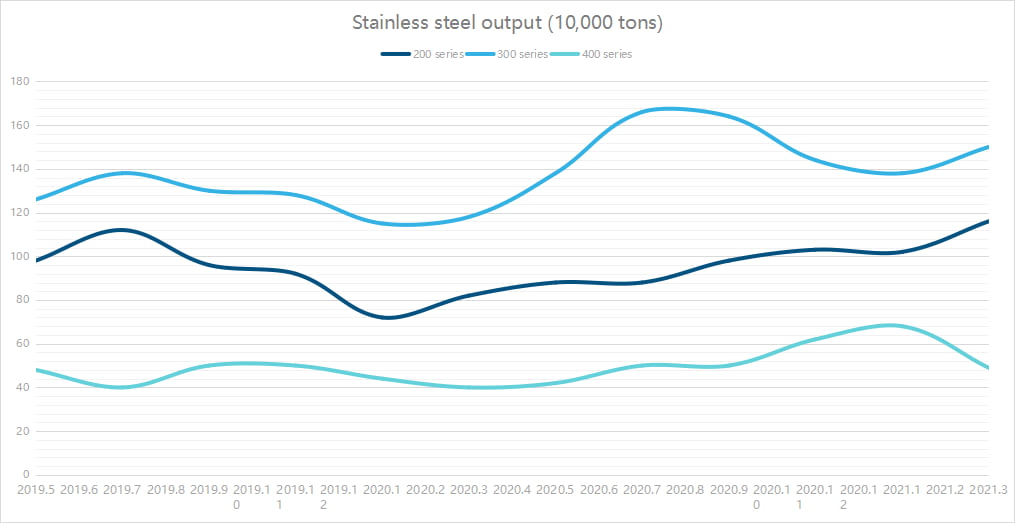 Under the influence of the continued profitability of steel mills, it is expected that the supply of China's 300 series will continue to grow in May. Under the current high basis environment, steel mills' delivery demand may slow down, and the supply side will gradually become loose; overseas supply will recover. The dependence of overseas product demand on the Chinese market has been weakened, which will not be conducive to the strengthening of China's watch demand.

The sharp drop in the bidding price of ferrochrome by steel mills means that the market’s early expectations are gradually fulfilled, and the later cost factors are gradually turning to ferronickel. After the rainy season in the Philippines, the supply of nickel ore will tend to be loose. Conducive to the support of the 304 cost end. The supply and demand of the 300 series may tend to deviate in May, which will form negative feedback on the 304 spot market. The current 304 cold-rolled basis is more than 1,000, and it is expected that the market performance in May will be mainly in a narrow range, or will pass the continuous negative Fell to fix the basis.